As requested by Aaron, tonight’s post is the first in a series about the game room and its games.  The more modern games that are played frequently are over at Pepperland where Thursday game night is held.  But the more classic collector pieces are here at Wunderland in the game room.  I’ll show you pictures of the room itself and details of its contents in future posts, but for starters, I wanted to show you this very cool mural titled “Past Go” that was commissioned by the Looneys for this space.  It was painted by Lee Moyer in 1992.  You’ll notice that the Looney Pyramids are in there, but Fluxx is not.  Fluxx did not yet exist when this was painted!  There are 76 classic games in this mural.  How many can you name?

As an extra little bit of trivia, I got lucky.  My “interview” for the job of house elf included a test of how many of these games I knew, rather than the classic “tell me a joke” interview question that Andy usually asks.  I got 60 of the games and Andy was impressed.  He wouldn’t have been quite as impressed with my joke telling skills.  😉 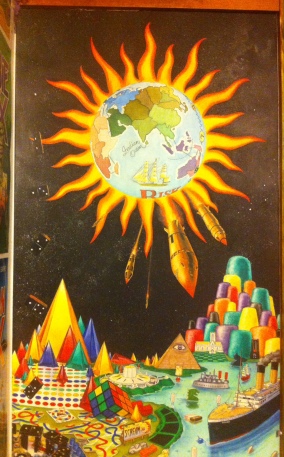 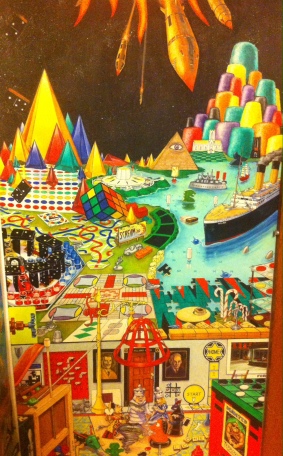 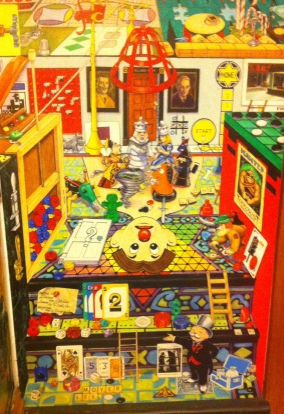